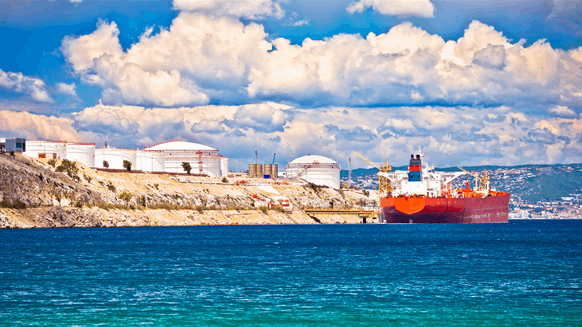 LNG Sanctions Set to Surge in 2019

Uncontracted demand by the world’s seven largest liquefied natural gas (LNG) buyers could increase four-fold to 80 million tonnes per annum (mtpa) by 2030, according to Wood Mackenzie.

“As China pushes on towards a lower-emission economy, its demand for gas and LNG has grown significantly and we expect the trend to continue in the longer term,” Nicholas Browne, research director with Wood Mackenzie, said in a written statement emailed to Rigzone. “Other traditional major buyers, on the other hand, are facing legacy contract expiries and will be on the hunt for a mix of contracts to lower average costs and security in supply sources.”

Wood Mackenzie pointed out that the world’s top seven LNG buyers – accounting for more than one-half of the global LNG market – include:

According to Wood Mackenzie, the above Northeast Asian players have become increasingly active in global LNG contracting activity. The consultancy added that the buyers have announced more than 16 mtpa of contracts in 2018. In addition, it noted that the growth in contracting is happening at a time when supply growth is poised to surge.

Wood Mackenzie stated that it predicts 2019 could be a record year for LNG project sanctions, with more than 220 mtpa of gas targeting final investment decision (FID). A “bumper year beckons,” the firm stated. LNG projects that Wood Mackenzie considers “frontrunners” to reach FID include:

As LNG buyers seek a variety of contracts to meet their different needs, LNG suppliers will need to ensure that they can address these changing needs, Wood Mackenzie cautioned. The firm noted that, in addition to price, LNG buyers will be sensitive to considerations such as contract flexibility, index, source diversification, upstream participation and seasonality.

“Market liberalization and uncertainty on longer-term demand in more mature markets, such as Japan, South Korea and Taiwan, will mean more room for spot and short-term purchases,” said Browne. “While oil indexation will continue to dominate markets due to familiarity and ability to hedge, Asian buyers should be more inclined towards hub indexation to boost diversity and enable sales into Europe.”

Looking ahead, Browne emphasized that 2019 should be unprecedented in terms of LNG liquefaction capacity sanctioned.

“Asia’s major buyers will be at the forefront in ensuring this next generation of LNG supply is brought to market,” Browne concluded.