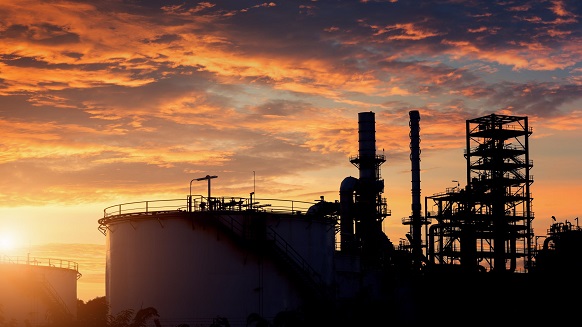 Crude oil prices have cratered over the past few weeks. West Texas Intermediate, the U.S. oil price benchmark, has tumbled from the low $60s earlier this year to around $20 a barrel in recent days. That’s due to a combination of the COVID-19 outbreak’s impact on demand and the collapse of OPEC’s market support agreement with Russia. The meltdown in the oil market is putting intense pressure on the finances of American oil producers.

However, low oil prices aren’t the industry’s biggest problem right now. An even greater concern is that storage space is quickly filling up because of the dual shocks from surging supplies amid crashing demand. That has the potential to create even an even bigger problem for the industry in the coming weeks.

Awash with oil and no place to go

The COVID-19 outbreak has effectively shut down much of the global economy. Schools have closed while many businesses have either shut their doors or mandated that their employees work from home. Meanwhile, many countries have closed their borders and suspended international air travel. As a result, oil consumption has fallen off a cliff.

That’s coming at a time when the U.S. is producing record volumes of crude oil. Meanwhile, Saudi Arabia and Russia, which had been holding back supplies for the past few years to boost prices, have reversed course and are planning to pump at max capacity.

As a result, the global oil industry is producing more oil than ever before at a time when oil demand is at its lowest level in years. It’s a recipe for disaster.

The issue is that there isn’t enough storage capacity to handle all the excess oil that companies are producing these days. But leading oil pipeline operators Plains All American Pipelines (NYSE:PAA) and Enterprise Products Partners (NYSE:EPD) are woking hard to get out in front of this issue. They’ve already sent letters to their customers asking them to prove they have buyers in place for the oil they produce so that it doesn’t sit in their storage facilities, according to a report by Bloomberg. Plains All American has also reportedly taken things a step further by asking its customers to voluntarily reduce their production to help ease the capacity issues. They’re taking these steps so that their storage facilities don’t run out of room.

Most energy companies in the U.S. have quickly responded to lower oil prices by cutting their drilling budgets. Devon Energy (NYSE:DVN), for example, has slashed spending twice this month in response to the continued plunge in oil prices. Overall, Devon has cut its budget by 45%. Occidental Petroleum (NYSE:OXY) has also reduced its spending plan twice and now plans to invest 45% less than it initially budgeted.

Those spending reductions will eventually cause their production rates to decline because they won’t drill enough wells their year to offset the depletion of existing ones. In Occidental’s case, it expects its 2020 output to be about 6% below its initial guidance.

However, the problem with these spending cuts is that they don’t help solve the immediate need for a decrease in volumes so that they don’t overwhelm the country’s oil storage capacity. Companies will either need to voluntarily shut-in wells to help reduce the glut or regulators must force the industry to reduce its output. Otherwise, the sector runs the risk of pushing crude prices further into the ground as storage space fills to the brim in the coming weeks.

We’ve already seen that happening in some regional markets. Oil prices in Canada, for example, plunged to a record low of less than $5 a barrel, which is less than what it costs to ship it to a refinery. Meanwhile, oil in Wyoming fell to under a dollar a barrel because there’s no market for that crude.

Oil companies have quickly responded to the rapid decline in oil prices by cutting their drilling budgets so that they can operate on the cash flows produced at lower prices. However, with consumption falling off a cliff and supplies rising, that’s not going to be enough. Producers in the U.S. have no choice but to shut off some of their pumps so that they don’t overload the system with too much crude oil. The longer they wait to flip that switch, the lower oil prices will go, which will create an even bigger hole that will take the industry longer to climb out of once consumption starts recovering.

10 stocks we like better than Plains All American Pipeline

When investing geniuses David and Tom Gardner have a stock tip, it can pay to listen. After all, the newsletter they have run for over a decade, Motley Fool Stock Advisor, has tripled the market.*

David and Tom just revealed what they believe are the ten best stocks for investors to buy right now… and Plains All American Pipeline wasn’t one of them! That’s right — they think these 10 stocks are even better buys.