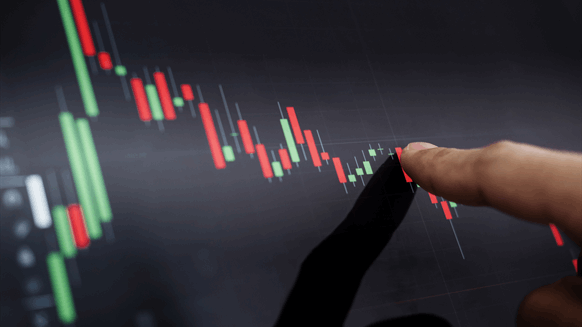 (Bloomberg) — Oil dived lower near $49 a barrel as investors sought more assurance that OPEC’s output cuts will work in the face of surging U.S. supply, and as a sell-off in wider financial markets hit sentiment.

Futures in New York slipped as much as 2.7 percent, after closing below $50 on Monday for the first time since October 2017. Data provider Genscape Inc. and the U.S. government predict higher American supplies, while uncertainty persists over the effectiveness of curbs by the OPEC+ coalition. Meanwhile, global risk assets slid after a speech by Chinese President Xi Jinping offered no new reforms to stimulate the world’s second-biggest economy.

Crude’s mired in a bear market as skepticism grows over how the pledged output cuts by the Organization of Petroleum Exporting Countries and its allies will be implemented. Mounting fears over the relentless growth in U.S. shale, which veteran crude trader Andy Hall says is making it hard to predict global supplies, has also undermined efforts to balance the market by major exporters including Saudi Arabia and Russia.

“Markets are confused and looking for some clear direction at the moment,” said Daniel Hynes, a Sydney-based senior commodities strategist at Australia & New Zealand Banking Group Ltd. “Economic indicators paint a mixed macro outlook and supply cuts have yet to be implemented. Shorts are still keen to drive things lower until the data starts indicating the market is tightening.”

Brent for February settlement lost 84 cents, or 1.4 percent, to $58.77 a barrel on London’s ICE Futures Europe exchange. Prices dropped 1.1 percent to settle at $59.61 on Monday. The global benchmark crude traded at a $9.33 premium to WTI for the same month.

In China, Xi said his country had entered a “new era” under his leadership and was poised for a bigger role in world affairs and would allow more competition in its economic system despite pressure from the U.S. and others. Yet, he offered no new ideas to boost the economy or assuage concerns over the country’s slowing growth due to its trade dispute with America.

The S&P 500 declined to its lowest close since October 2017 on Monday, and the Russell 2000 Index of smaller companies entered a bear market, while stock benchmarks fell from Sydney to Shanghai on Tuesday. Investors are also bracing for a potential U.S. Federal Reserve interest-rate increase, and will be scrutinizing the bank’s statement Wednesday as well as Chairman Jerome Powell’s news conference for clues on its intentions for 2019.

In the oil market, Genscape was said to report inventories at America’s biggest storage hub in Cushing, Oklahoma, are growing, while the Energy Information Administration said it sees output at major U.S. shale plays at 8.166 million barrels a day in January and boosted its December forecast to 8.03 million.