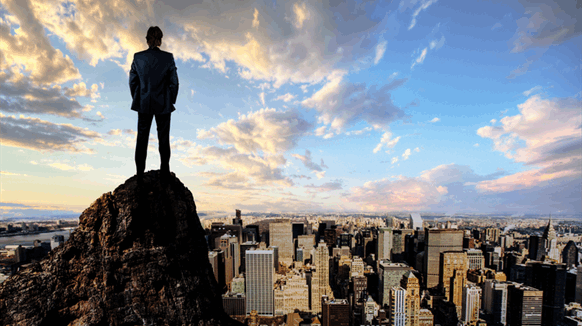 (Bloomberg) — The world’s biggest banks are reckoning on a rebound in oil prices next year as fears of a recession prove misplaced.

The Brent benchmark will average $70 a barrel in 2019, almost a third higher than its price on Thursday, according to a Bloomberg survey of oil analysts. Futures in London and New York plunged this quarter, with volatility soaring in its final week as crude tracked gyrations in equity markets.

Despite plans by OPEC and its allies to limit production next year to prevent a glut from forming, oil’s fortunes have increasingly been driven by moves in financial assets and concerns about the global economy. However, analysts expect markets are about to tighten as growth stays strong, OPEC’s supply cuts kick in, and unintended losses in Venezuela and Iran escalate.

“We could even see something similar to a V-shaped recovery next year, on two very important conditions,” said Michael Cohen, head of energy and commodities research at Barclays Plc in New York. “One, that the reduction in OPEC exports leads to a reduction in inventories. And two, that we don’t see a further deterioration in macroeconomic conditions.”

The recent weakness in financial assets has been led by a darkening outlook for the global economy amid prolonged trade dispute between the U.S. and China, and as the U.S. Federal Reserve embarks on tightening monetary policy.

While the ensuing retreat in oil prices has brought relief to consumers, it’s battered the shares of companies like Exxon Mobil Corp. and BP Plc, as well as the economies of producers like Saudi Arabia.

So far, though, most commentators aren’t seeing an actual recession biting the oil market next year. The median forecast of 24 oil analysts in a Bloomberg survey projects that London-traded Brent will average $70 a barrel in 2019. The price on Thursday was about $53.50 while the average so far in 2018 has been about $72.

In the absence of a severe economic slump, most analysts anticipate that world oil consumption will continue to expand at roughly the pace seen in recent years, powered by emerging economies such as China.

And although doubts remain that OPEC will cut output deep enough to prevent a surplus, the survey shows analysts are confident that the group’s strategy will ultimately succeed. OPEC will begin implementing the curbs next month, and leading member Saudi Arabia has pledged to slash output by even more than it formally agreed to.

Some anticipate a vigorous rally. The most bullish forecasts in the survey, those of Morgan Stanley and Standard Chartered Plc, project that Brent will average $78 a barrel.

The Organization of Petroleum Exporting Countries, along with allies such as Russia, announced in early December they would reduce supply by 1.2 million barrels a day in the first half of 2019.

“The production cut announced by OPEC+ is likely sufficient to balance the market in the first half of 2019 and prevent inventories from building,” said Martijn Rats, managing director at Morgan Stanley.